Fifty years ago it would have been windmills that dominated the hills, when more than 3,000 were still in working use across Portugal. These days it is the wind turbines. Both harness the energy of the wind, but it is the windmills which evoke the senses. Turbines are just too clinical for me. Although I admit their ‘humming’ is evocative and I welcome the impact they have on the world. Portugal is one of the shining lights in Europe for renewable energy, with more than 50% of its power coming from renewable sources. I just wish their windmills were as valued, instead they are fast disappearing. There is 18months difference between the two photographs below. Can you spot what has changed?! 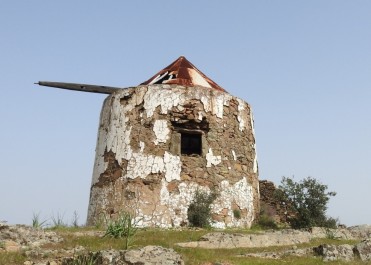 This time last year we felt it wouldn’t take much effort to bring the mill at Corte das Donas back into working order. This year, with the loss of the roof we were left with the impression of abandonment. It won’t be long before the machinery collapses too. 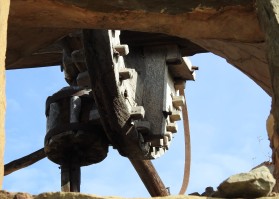 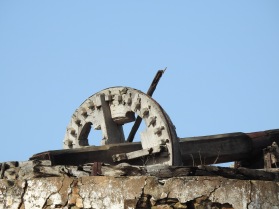 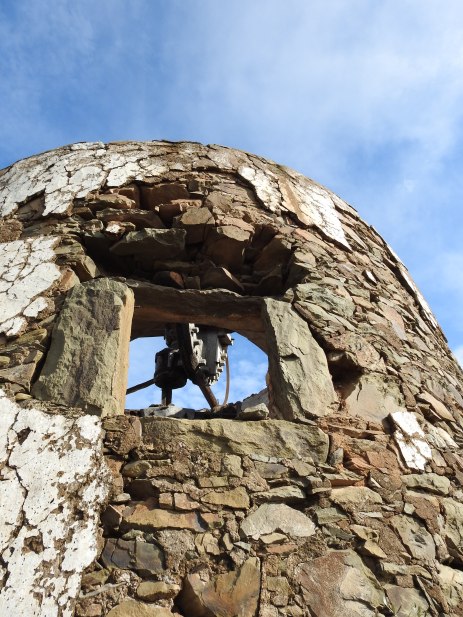 We decided we wouldn’t risk going inside on this visit, but if would like to see inside visit my 2017 post and/or Robert’s. And should you wish to experience the beauty of a Portuguese windmill in working order, check out this second one by Robert which includes two wonderful films. There are restored windmills in Portugal including ones you can stay in for a holiday or look around but from what I have gathered there are very few which are working mills and even fewer which are still singing.

Yes I did say singing windmills! Apparently mills in the south west of Portugal once sang thanks to the placement of ‘sound jars’ to the bars of the sails. The reason was part aesthetic (like the bells attached to the goats and sheep) and part practical. The varying sounds informing the miller of how well his mill was working, and also alerting him to changes in the weather. Intrigued? So am I! I think I am going to have to make sure we are here for the open mills festival next year, and hope that one of the mills which opens is a singing one. In the meanwhile here are thirty seconds of a Portuguese windmill singing (and creaking).