There are many reasons for tourists to visit Castro Verde in Alentejo. It could be as simple as a need to stop for lunch, a bed for the night, a place of rest when in the middle of a birding tour (Great Bustards) or an essential stop on a history tour (Battle of Ourique). Or perhaps you are one of the thousands who descend in October as Castro Verde is the home of one of the largest fairs in Alentejo – Feira de Castro. 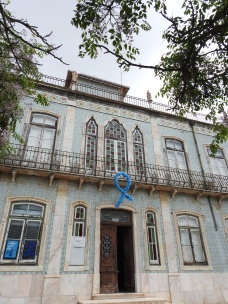 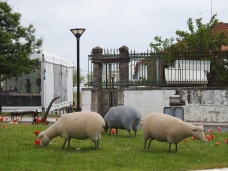 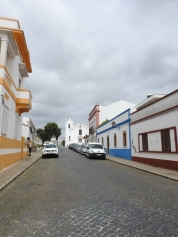 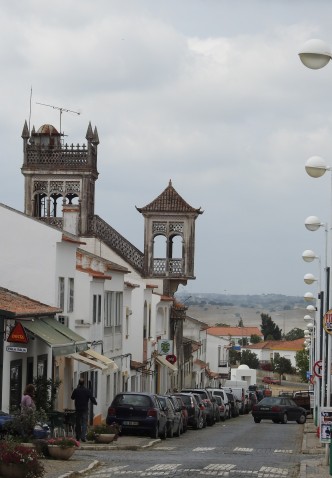 Castro Verde is in the middle of Campo Branco, the steppe of Portugal. Last time we were here it had been extremely foggy and we had been on a birding trip. On this occasion there were glimpses of blue skies and we were en route to Mértola. 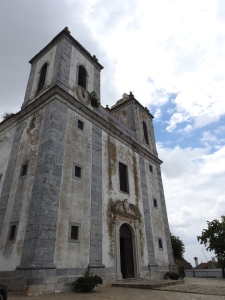 We had decided Castro Verde would be a great place to stop for coffee plus I had heard quite about the Royal Basilica and thought it about time we discovered the town itself. From the outside you wouldn’t think much of the Royal Basilica but this 18th century church is covered inside by azulejos. And you will recall that MrB and I rather like azulejos!

The majority of the tiles commemorate the 12th century Battle of Ourique which is believed to have taken place not far from here, and is when Prince Afonso Henriques was visited by Saint James and consequently defeated the five Moorish kings. It was following this battle that he became King of Portugal, and that Portugal became an independent state. 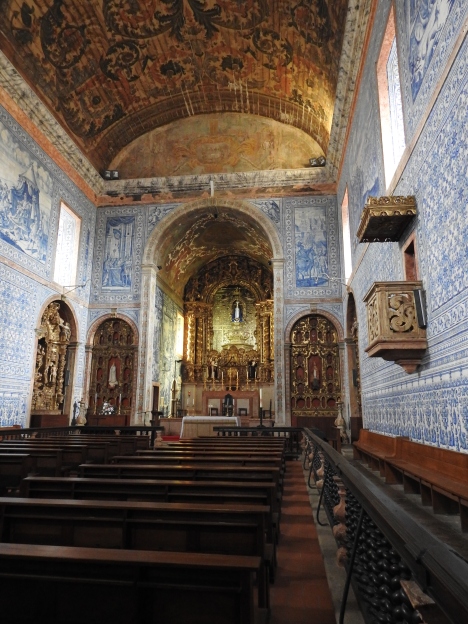 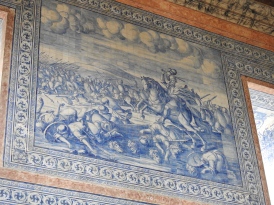 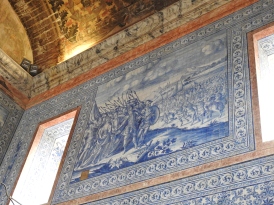 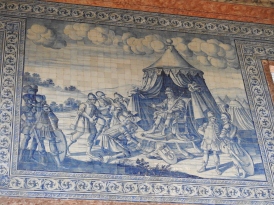 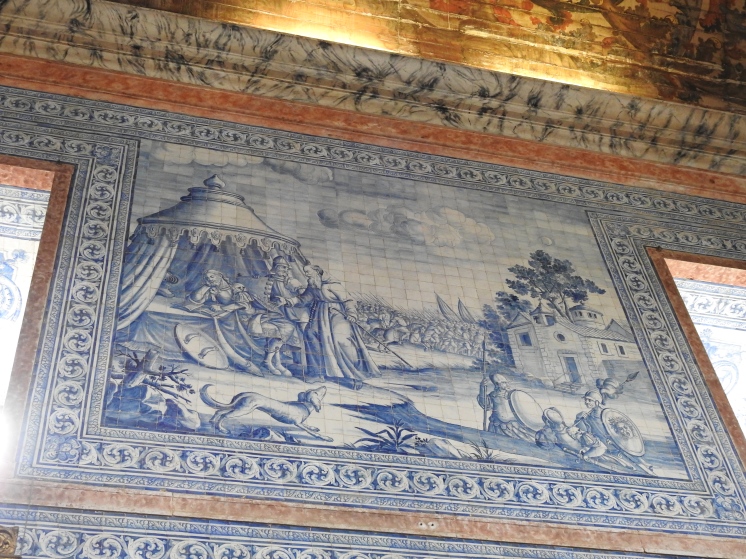 The panels are incredibly impressive, but I must admit it was the painted walls and individual tiles at the entrance which really caught my eye. Not only were they less gruesome than the battle scenes but there were some stunning examples of ‘figura avulsa’. These are so named because each one has a distinct figure in the centre. 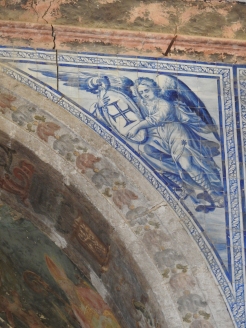 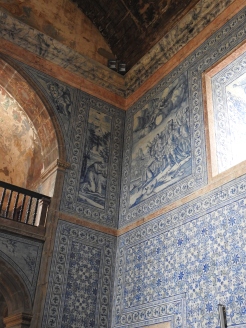 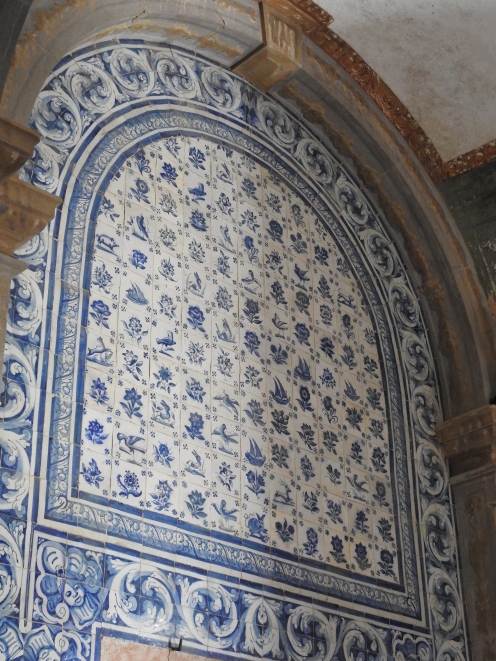 You may have noticed they also have blue flower shapes in each corner, these are known as ‘little star’ since they form a type of star when four azulejos are put together. There again your eye is probably more focused on the image in the middle! Most of the central images were birds, flowers and animals, there also the odd ship. Seemed rather unusual to include ships given we were in the middle of the Alentejo steppe, but perhaps it was to reflect Portugal’s golden age of exploration. 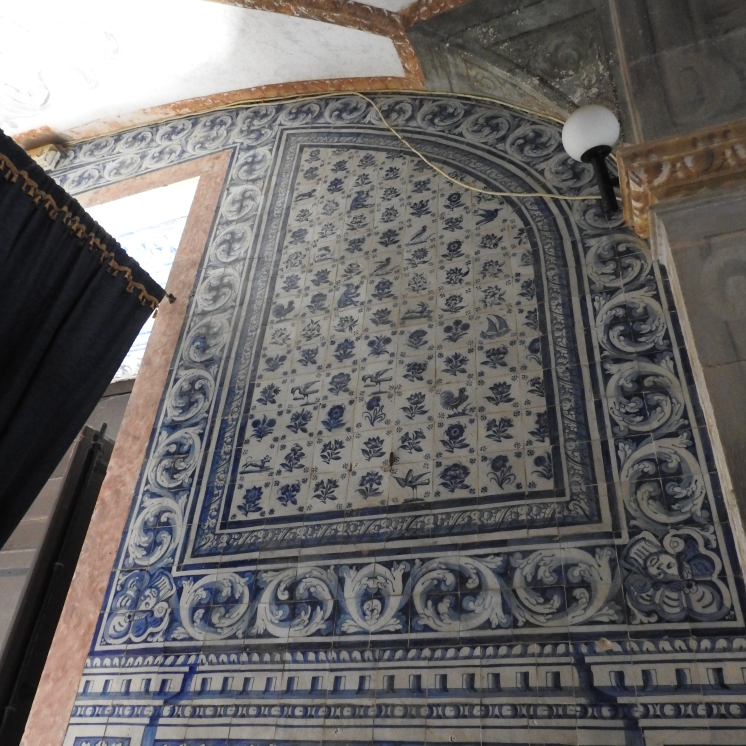 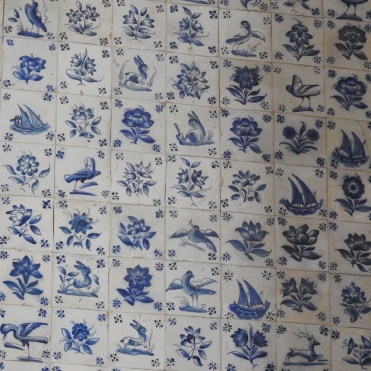 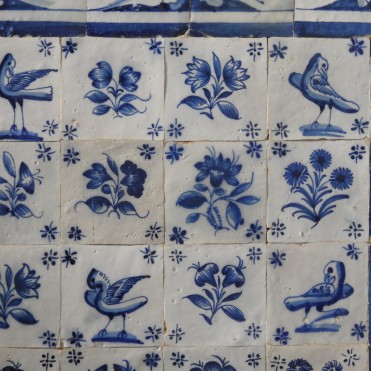 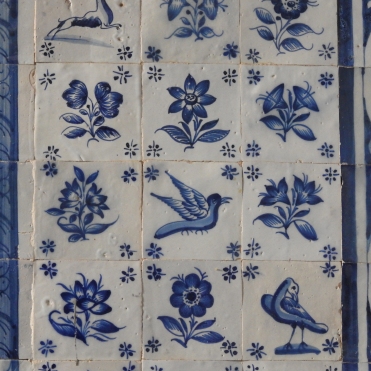 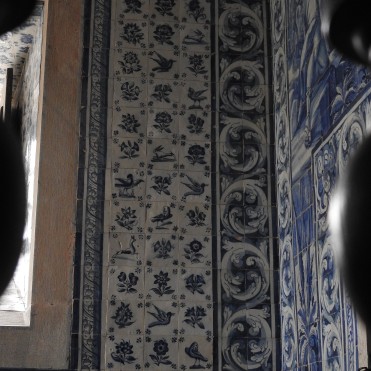 These were not the only tiles we came across in Castro Verde there were also some lovely azulejos on the seats near the church. I took so many photographs of these though I’ll have to return another day with another post for you!